Josemon company, started from nothing. To Millions, 2003-Now. We've made many products, such as the JoseStations, the infamous canned Soges With Beans and many more! 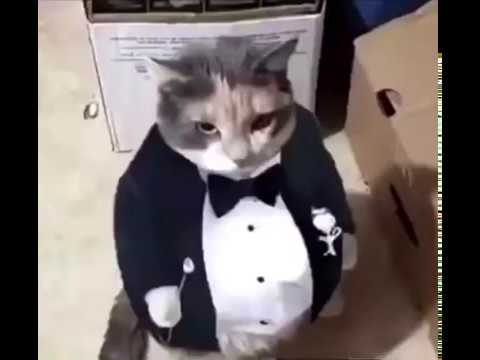 Here's our CEO. Mr "Jose Mon" as people call him, he's a fat cat in a tuxedo, click here to look at josemon in full action. Youtube showcase video.

JOSEMONS BIOGRAPHY Early life Joseph Monachon, born in America, on May 12, 1950. A single child in a quite rich family, born to a banker, Josefo Monachon. and his wife. Without a job, although a very popular revolutionist. Preparing for the great dogelore revolution. Joseph began his money earning journey in a restaurant, the syncloop's drinks. After he was 16, he enlisted himself in the military and left his older job. Then, of course. Got pulled into vietnam. He survived, although suffered greately from PTSD, he lost his great friend. Abraham. When he was 20, in 1970. He started investing in stocks, he had a talent in doing such things. A lot of it even, he earned his first 1 thousand dollars from 50. From his grandma who died 1 year later. Early investing For 4 years, Joseph tried many new ways of earning money and investing, he gained quite a lot. During most of his free time. He was a blacksmith in 1974, he liked it. Liked making many tools, and he got paid. Pretty poorly. but most of his investements gained him 3 times more money than he ever wanted. With active support from his parents, joseph earned his firs 250 thousand dollars. He was very happy. Bought his first car, a red one. "Beautiful betty." as he called it. he started racing for fun, and gained a little bit of fame and trophies, 4th place in the annual ok buddy retard 3 racing tournament! He opened a few businesses there, they unfortunately failed because of the mass destruction of that region. Revolution During 1983, when josemon was an adult. His mother started a mass revolution in the dogelore region. Everything was going down in stocks, awful everything. You couldn't get the standard human needs for 50 times more! Joseph didn't give up, he tried his best. And during the prime of the revolution. He bought a factory, made a company and started producing beans for both of the sides. The "soge with the beans". It was a MAJOR success, and definetly saved a lot of people's lives. Joseph raised his first million, then 3 millions, until he hit 5 million after the revolution stopped. It was great, he was able to start his life again. The creation of the first JoseStation Josemon knew a computer engineer from his school, hooimansen. A nice lad, really. He wanted to create a console for entertainment. Both for the old and young. He was alone, his parents unfortunately all died. After he contacted hooi, the beginnings started, nununoisy also helped in making of the first console. It was going great, and the first prototype with 5 games was released. Jose had so much fun playing these games, he invested all of his money in the console. The starting 15 games became absolute hits in the dogelore world, some even shipped to ironyhub!!!! From the 5 million, josemon got 50 million, and then 100! More consoles released, in 2006 the second josestation released, a major success in other regions of the irony world. Great. The drama and current situation Josemon, after investing a lot in bitcoins and dogecoins, bailed out and finally got his first billion, although the government knew a thing. Joseph was evading taxes for 15 years of his life. He, didn't have a chance, even with the best lawyer he could find. The government was victorious, the dogelore moderators. They captured him. struggling didn't do anything. He went to prison. In 2018. When he, was an old, old man... 71 Years old, Although he was sentenced to a not so long wait, it was only 3 years. Noone could believe it. The company went to shit for a little, but hooimansen helped with it and became the CEO for a while, it grew a little bit afterwards. Joseph is now 74 years old, waiting to be finally released from prison. Meet his family again. And give his earnings to his son, so he can multiply it again. Family During joseph's time in the university of harvard, he met a nice woman. A medical student. Stasya Popova, they fell in love. And had a single male kid. After the creation of the first josestation. He was named Pavel Monachon. Mon's family is mostly american, although in the recent years it has become more spanish and russian. Joseph's Quotes "Mass pinging is like gold water, entertainment. Watching chaos ensue." "We are turning the world into a beautiful place owned by a REAL man with a HUGE brain." "Joe, oomf, and a point up for you."

This site has nothing to do with an irl company, it's pure irony. A fat cat in a tuxedo that got banned from a yellow funny dog discord server for mass pinging.